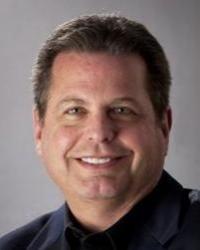 In his breakthrough new book Inoculated: How Science Lost Its Soul in Autism , Kent Heckenlively, a science teacher and attorney, uses both of these exacting skills to demonstrate how the Centers for Disease Control’s deliberate choice to inaccurately report test results that showed a distinct correlation between the measles, mumps and rubella (MMR) vaccine and increased autism statistics —  and a lack of courage by those who could have spoken up in the early 2000s when indicators began to surface, but instead stayed silent or deliberately perverted the truth, have resulted in an entire generation of autism-disabled children — and a fast-rising tide of more.

Heckenlively, the father of a child stricken with autism after being vaccinated—who remains unable to speak—is no stranger to controversy. Inoculated is the outgrowth of research he did for his previous book PLAGUE: One Scientist’s Intrepid Search for the Truth About Human Retroviruses, Chronic Fatigue Syndrome (ME/CFS), Autism, and Other Disease, written with Dr. Judy Mikovits, a 20-year government scientist and former Director of the Lab of Anti-Viral Drug Mechanisms at the National Cancer Institute, one of the most popular virus books of the last 30 years.