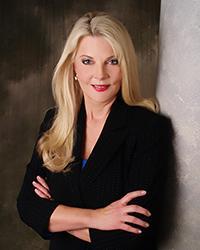 Dame Lee Milteer is an Internationally known and celebrated Entrepreneur, Visionary, Best Selling Author, Award winning Professional Speaker, TV Personality, and Intuitive Business Mentor. Lee's newest book, Reclaim the Magic, helps people deal with their inner wounds and have a clear plan of action on how to shift their life energies to a new vibrational point.

Lee provides business and success advice and resources to nearly 250,000 people around the world. She is the founder of the Millionaire Smarts® Coaching program which supplies coaching for other coaches and businesses. Lee is partners with GKIC (Glazer-Kennedy Insider Circle) and runs the Peak Performers Implementation coaching program for entrepreneurs. Lee hosted the America's Premier Experts TV Show, which was aired on NBC, CBS, ABC, and Fox Affiliates. Lee also hosts Untamed Success: Positive TV, a Monthly Web-Based TV Show. Lee speaks all over North America and Europe in Conventions, Private Companies, and Entrepreneurial and Niche Market Events.

As president of Lee Milteer, Inc., Career Development Strategists, she has counseled and trained more than a million people in her speeches. Her presentations are so effective that organizations such as Walt Disney, AT&T, XEROX, IBM, Ford Motor Co., NASA, Federal Express, 3M, Sales & Marketing Executive International, plus hundreds of government agencies and scores of conventions, associations meetings, and Niche Market Events repeatedly retain her to inspire and motivate their audiences.

In recognition of her achievements, Lee Milteer was awarded the title of Dame (Lady) of the Order of the Imperial and Charitable Order of Constantine the Great and Saint Helen, which is one of the Oldest Orders of Knighthood in the World. Lee was honored for her contribution to mankind, human values, and quality of character.

Lee received an Honorary Doctorate in Motivational Theory from Commonwealth College. She attained top honors as "Highest Rated Speaker", presenting public seminars in over 100 cities annually while with CareerTrack, North America's premier seminar and training company. She was awarded the "Rising Star Award" by General Cassette Corporation, named "Most Outstanding Young Woman" by the Jaycees and "Most Professional Woman in Hampton Roads." She also received the Entrepreneurial Woman of the Year from the National Association of Women Business Owners for the Southeastern Chapter, and The Best of Virginia Beach in Training and Services. Lee’s latest awards are: The Inside Business Women in Business Award, and the Inside Business & Regent University Entrepreneurial Excellence Award.

Reclaim the Magic with Lee Milteer